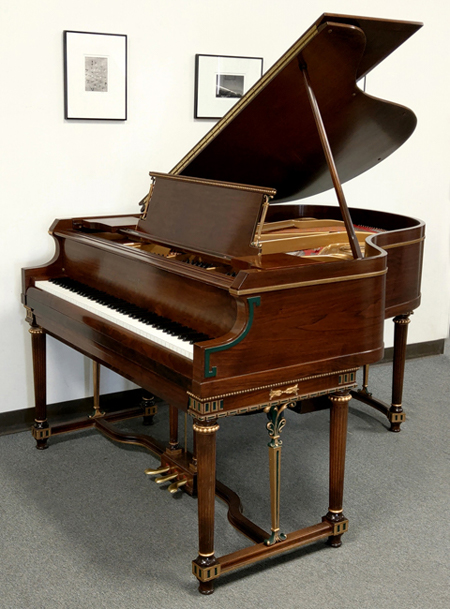 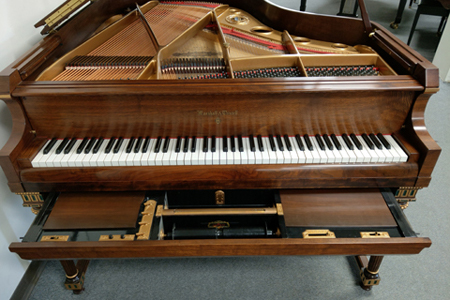 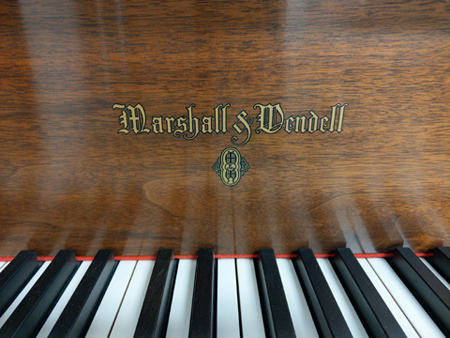 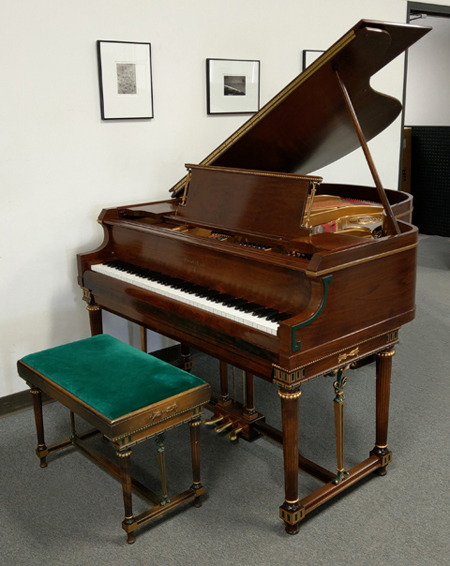 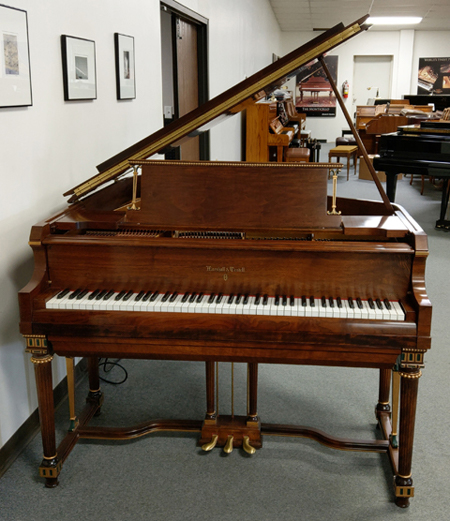 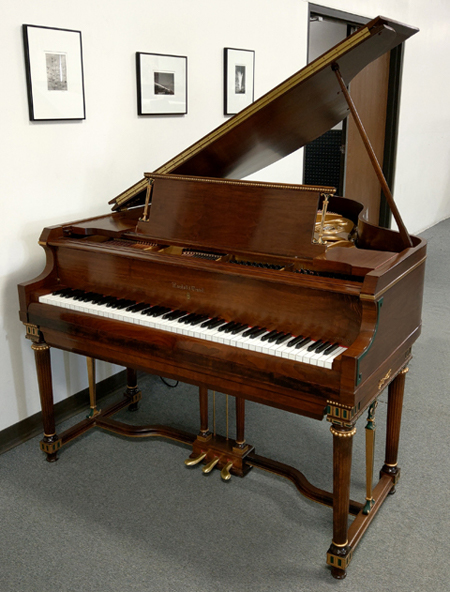 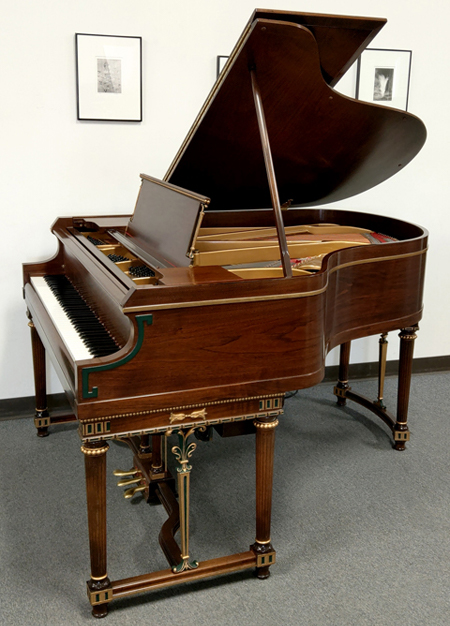 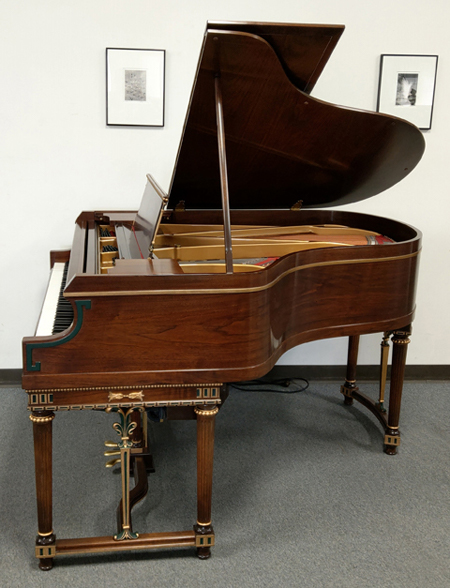 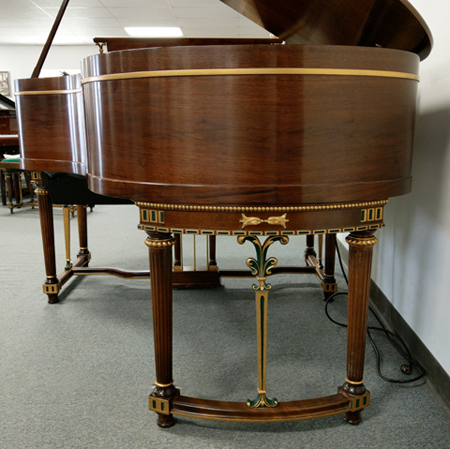 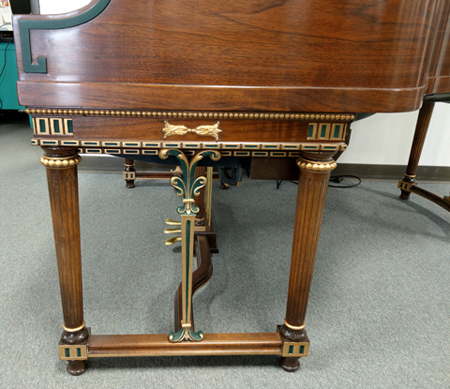 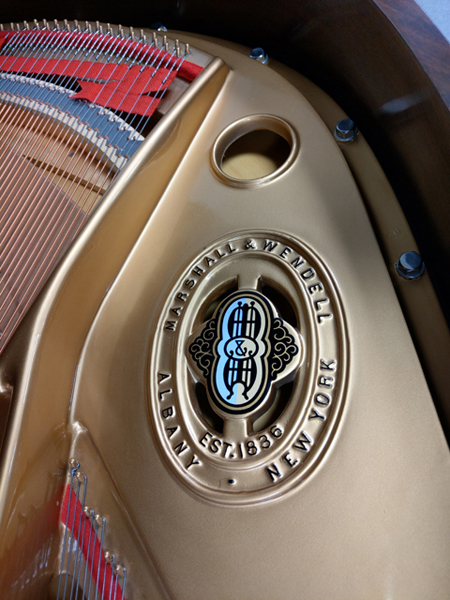 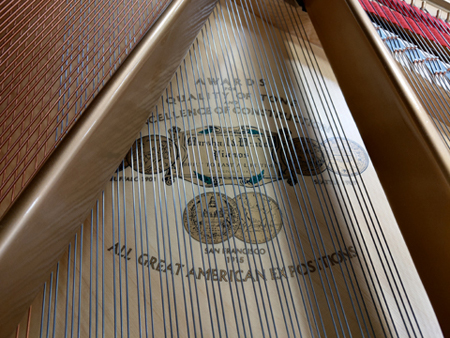 This beautiful Walnut satin Marshall & Wendell 5'4" grand was built in 1928 and includes an Ampico player system, also called a reproducing grand, popular in that era. It is in working condition with several player rolls included. This is a wonderful instrument with a great sound and such fun to listen to. The art deco case is styled with gold and green accents. It has been completely restored in 2010 with new soundboard, strings, pinblock and action parts and refinished case, the original ivory keys are intact. Since then this piano has been stored in a climate controlled environment. The Ampico system has also been completely reworked and will give you many years of enjoyment. You won't find too many of these in such pristine condition!

The Marshall & Wendell piano company was established in New York, and was known for making custom cases, and even employed skilled artisans to design the elaborate case styling they offered. Their instruments were recognized for their beautiful sound and cases, and were in business from 1853 until the Great Depression, at which time they were bought by the Aeolian-American Corporation who continued to produce pianos with the Marshall & Wendell name until the 1950's.

Pre-Apply with Allegro Credit. You'll get a credit decision within moments and be on your way to owning the piano of your dreams!